Agile vs Waterfall (A PM Fairy-tale) 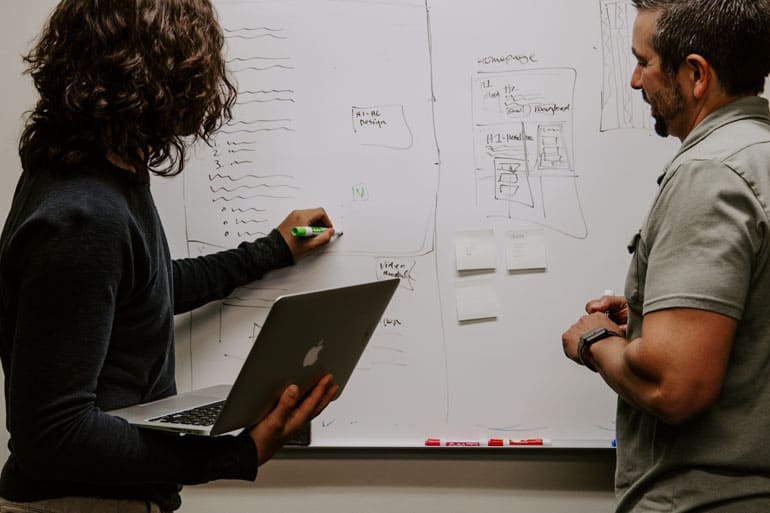 A PMP® and a Scrum Master® were having lunch together on a park bench debating the relative merits of Agile as opposed to traditional waterfall project management.  They were making the arguments one would normally expect. At one point, the traditional PMP felt the need to prove his devotion to his profession by pulling out his wallet to show the Scrum Master his PMI membership card.  As luck would have it, a thief was passing  by and, seeing his opportunity, snatched the wallet and ran off.

The brazen attack shocked both men.  The PMP outraged he was, immediately pulled out a piece of paper and began writing.  The first thing he wrote was “Recover Wallet.”  Then he wrote a bunch of other things in a list, such as “identify the route the thief had taken,” obtain a physical description of the thief,” notify the police, things like that.

The Scrum Master, being the man of action that he was, jumped from his seat and immediately began sprinting after the thief.  As he ran, he realized that there was no way he would be fast enough to catch him.  Without missing a step in his sprint after the thief, the Scrum Master called a close friend that lived in the area who was a world-class sprinter.  The sprinter-friend just happened to be nearby and came running to the Scrum Master’s aid.  Both men gave chase and began gaining on the thief.

As they ran after the thief, the Scrum Master realized that at some point he would need to contact the police.  He was running too hard at that point and was too close to his objective so he decided to put off calling until after he caught up with the thief.

As they closed, the thief rounded a corner.  The Scrum Master and his sprinter-friend rounded the corner seconds after him.

To their surprise, the thief, apparently realizing he could not out run his pursuers, stopped and pulled out a gun.  As the Scrum Master and his sprinter friend rounded the corner, the thief shot them both.

A week later, the PMP, still in mourning the loss of his friend, was having lunch with another friend at the same park bench where his wallet was stolen.  This friend was a PMP, a Scrum Master and PMI-ACP® certified. As the PMP was describing the attack, he pulled out his new wallet to show his friend just where it was when the thief snatched it.  It just so happened that this very same thief was in the park again and saw the PMP put his wallet on his lap.  Once again, the thief swooped in and snatched the wallet.

The PMP, in a state of disbelief, once again reached into his brief case, pulled out yet another piece of paper, and began to write.  After a second, he realized that he still had the original list that he began when he was robbed the first time.  The PMP looked through his brief case for a moment and pulled out the original list to use as a template to assist him in creating a second list.

Meanwhile, the friend, a marathon runner in her spare time, got up and gave chase.  As she ran, she realized that her objective was to recover the wallet, not necessarily catch the thief.  She hung back, staying close enough to get a physical description of the thief and the route he was taking.

As she ran, she also pulled her cell phone and dialed 911.  She gave the description and route and even stopped for a moment to take a photo of the thief that she forwarded on to the police before resuming her chase.  After a few minutes, she heard sirens in the distance.  Then she saw several police cars.  The thief was surrounded, arrested and the wallet ultimately was recovered.

The Moral of the Story

Like all good fairy tales, this one has a moral.  In the business world, we call morals like these, “take a ways.”  Here the take away is that in many (possibly most) situations a project manager or business analyst is required to use skills from multiple disciplines to achieve their goal.  Indeed, for the Scrum Master in the story, it might have served to stop for a minute to think about what the goal actually was -catch the thief versus recover the wallet.

Okay, so once we have the take away, how do we implement it?  How do we know when to apply the correct tools in a given situation?  In talking to students and colleagues over the years, we have found that in practice the ability to apply a given tool set in a particular situation is more an art than science, learned over years of experience in a wide variety of projects. The first step in dealing with this issue is to recognize that the project manager or business analyst working in a project environment is using  “soft-skills” or what I like to call CCL (“communication,” “collaboration” and “leadership”).

RMC is developing CCL tools that can sit on top of business analysis, project management and agile to assist you in picking and choosing appropriate practices for a particular situation and, more importantly, can be incorporated into an organizations existing business analysis and project management structure allowing your organization to be more flexible, efficient and ultimately more profitable.

Agile Framework Options - What You Need to Know
Is Your Lack of Risk Management Hurting You?
Two Methods to Calculate the Forward and Backward Passes in a Network Diagram