Cut the Costs of Regulations, Hire a Business Analyst!

In the United States (and I am sure other countries), we hear lots of complaints about the cost of regulations. This is especially true during a presidential election year. The paradox of regulatory complaints is that some candidates argue complying with regulations is too costly, while others argue that the cost of not having enough regulations risks the safety of our community. Regulatory costs (or the costs of lax regulation) are not just monetary but also environmental, societal and can result in a degradation of our values and way of life (e.g. lead in our water system). I would like to suggest that more analysis would help curb the costs of regulation.

The most common regulatory complaint is that corporations are forced to comply with too many regulations which prevent them from making more revenue, hiring more workers, and making more profit. Regulations are blamed for hampering small business development and hiring.

On the other side of the argument, people complain that we don’t have enough oversight of corporations. The assumption is that without laws regulating the way a company disposes of waste, or compensates its workers, companies will be “bad actors” and harm the environment or their workers. People on both sides of the argument use The Affordable Care Act as a classic example. Some candidates hope to repeal the law while others wish to expand it.

Another regulatory problem we hear is about trade agreements. International trade agreements regulate the way we exchange goods and services with other countries. Trade advocates argue opening up new markets outside the US is good for American corporations, but stipulate that we need to force our trading partners to comply with regulations on worker rights and environmental protection. Anti-trade advocates blame foreign manufacturers for flooding our market with lower quality products taking good paying jobs away from our citizens. They want regulations which restrict trade.

And let’s not forget regulations which seem to evoke the most passion and emotions, immigration laws.   Some people argue that immigration hurts the US economy as these new residents utilize scarce government services while many employers report they could not run their companies without these foreign workers who are willing to work for lower wages.

Regardless of your political views, everyone supports the goal of decreasing the costs of regulations while maintaining their value. I believe we could cut costs by doing better analysis.

Regulations should be written or at least reviewed by analysts who can assess the implications more thoroughly and revise the wording in regulations to make compliance easier. Many regulations with very noble intentions cost lots of money because they are poorly written and result in undue burdens or unintentional consequences. Lawmakers should employ (business) analysts to write clearer regulations and consider all of the potential costs before they are mandated. The Affordable Care Act is over 20,000 pages long. Even the most verbose BA never wrote a requirements package that long!

Regulations are not going away. But we can decrease their costs and increase their positive benefits by performing more thorough analysis before we approve them and before we comply with them. Just another great reason to develop more strong analysts!

Leadership in Project Management
Time To Think Out of the Box?
Project Charter and the Practice of Law 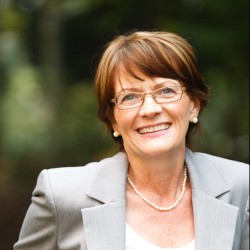