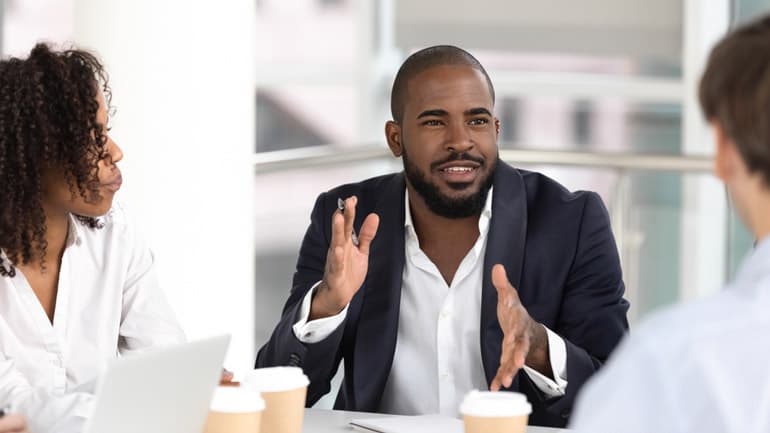 I’m reading “Leadership and the One Minute Manager,” by Ken Blanchard. The book discusses “situational leadership,” which essentially means that a manager’s leadership style must vary depending on the competency of the person being managed.   As I was reading the book I realized that these management styles, while probably relevant, would not initially apply to project managers.

The Distinction of Power and Authority

A project manager often must deal with situations where they have no authority to directly dictate behavior.  That got me thinking of another book that I read in college – Presidential Power,” by Richard Neustadt. In his book Neustadt draws a distinction between power and authority.  Essentially authority, the rules outlining what the President can and cannot do, are set forth in the Constitution, Federal law and Federal regulations.  Neustadt observes that Presidents have very little authority.  The President exercises power.

Power Versus Authority for a Project Manager

In my opinion, a project manager demonstrates effective projecet management leadership through their ability to persuade project team members and stakeholders to get the job done.  Obviously, a project manager is not the President of the United States.  They can’t use the prestige of the office as leverage over stakeholders.  Nor can they use public popularity as a lever to get people to do things.  A project manager needs different leverage points.

The Power of the Project Charter

The first leverage point is the document from which the project manager derives their authority the charter.  One choice would be to use it as a command tool to bludgeon team members into performing.  As Neustadt said, command is exercised from a position of weakness.  The better use of the charter is to use it as an expression of a shared mandate for all team members and stakeholders to get the project done.

The Power of Expertise

Another leverage point is the expertise possessed by the project manager.  Once the team members come to terms with the mandate as set forth in the charter, the project manager can use their expertise to convince all the members that the project manager is in the best position to lead the project.  Using project management leadership, the PM can motivate the team members to perform their respective functions in the project context.  The project manager  can show that utilization of good project management practices will best help the team reach their shared goal in getting the project completed.  Let me give an example from a related field.  I’m a lawyer by training and spent over twenty years in the corporate environment.  A lawyer in a corporation has almost no authority to do anything.  Yet, in many corporations, a good lawyer often exercises an extraordinary amount of power.  A lawyer’s power is derived exclusively from their perceived expertise and their willingness to stand behind whatever opinion or advice they render.  People around them believe that they have unique expertise that will help businesspeople achieve their goals or at least avoid speed bumps in achieving those goals.   Sound familiar?

Okay, so now you have buy-in from everyone.  That’s great.  This is the point where you can confidently evaluate your team members to determine their individual competencies to perform the tasks assigned to them.  This is where situational leadership practices can come into play.  One word of warning, I would be careful about a directive leadership style with a team member that is not a direct report.  A project manager should make an effort to use a more coaching style than a directive one.  An experienced project manager can also use a technique that can be viewed as a “disguised directive.”  This is where the project manager provides new or inexperienced team members with detailed instructions on what and how a task is to be done but does so with a supportive coaching style.   Learn more about motivating and managing project teams by taking an eLearning course on Developing High Performance Teams.